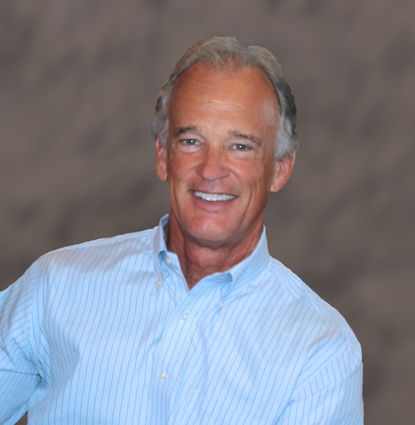 Chris Hasvold, who owns Coldwell Banker Village Properties along with his wife, Lisa, was named President of the North San Diego County Association of Realtors (NSDCAR) for the year 2020.

"Basically, the President's role is to lead the board and the board's role is to set the vision for the organization," Hasvold said. "So, it's a big picture look at the industry at things that are affecting the real estate industry, not just in North County, but really in the state. And there's more change going on in our industry right now than I've ever seen in 40 years in the business."

Hasvold, who was named Realtor of the Year for the group in 2015, has served on the NSDCAR board for the past seven years, which has a membership of more than 6,000 realtors.

He has also served as a director with the California Regional MLS for a year and a half and the California Association of Realtors for almost three years.

One of the biggest issues facing the industry, Hasvold said, is coming from venture capitalists.

He said the changing landscape means he and the rest of the board are constantly working to advocate for the realtors he represents.

"From literally billions of dollars of venture capital money coming into the real estate industry, trying to displace agents from the transaction and all the online stuff," he said. "Companies like Opendoor, they got over a billion dollars. They come in and they just buy homes directly from the seller and then try and flip them. And while that may sound like it's appealing to some people when you really look at the numbers, it's not. Sellers are paying a huge discount just for what they perceive as a convenience.

"The agent is still critical to the transaction. And I'm going to quantify that by saying if it's done well, like 90% of the people who are buying or selling a home still prefer an agent, if it's a good agent and they're well trained in the profession. (Buying a home) is something that we do every several years for most people; it is the largest financial investment they ever make. And they want someone who's an expert who can guide them through the process. And there's no machine, there's no algorithm that can replace a professional Realtor."

It's his commitment to his craft and his more than 40 years of experience that makes him invaluable to his colleagues.

"My passion since I got in the business 40 years ago has been to become as proficient and knowledgeable about every aspect of the business as I can and also carries over now to my office, trying to train my agents that way," Hasvold said. "Because there are frankly a lot of agents out there who aren't very good, just like in any profession. And unfortunately that affects the reputation of the rest of us. So it's my passion to try and elevate the professionalism so that we are considered like attorneys and accountants and things that people respect and will work with."

That's why he volunteers a significant amount of time perfecting his craft and helping others through the home buying process, whether it is on behalf of the realtors or the homebuyers.

"It takes a lot of time, but it's a reason I volunteer," he said, noting he would be spending the rest of the week in Anaheim at another conference. "Again, it's taking time away, but the primary thing I'm up here for is I'm on the standard forms committee. There's only, I think, 18 of us in the whole state who actually write all the contracts and create the addendums and make the changes to make sure that we're following the law and things are happening. And that's a huge commitment, but it allows me to have intimate knowledge of our transaction and be able to share that not only with my office but other agents too."

Hasvold offered three points of emphasis for realtors working in the business.

"No. 1 is education," he said. "It's a very complex transaction and that's because of the laws of the state of California. Every word of every sentence of every paragraph in our contracts is really written as a result of a previous lawsuit somewhere.

"(No. 2) you can't really teach morals or character, right?" he said. "But you try and promote that. And (three) really good client service. I mean that's our legal requirement, but it also has to be our passion to put our client's interest first and help them to a transaction. I mean other than death and divorce, moving, buying or selling a home, this is one of the most emotional things people go through. So, it's not just, you know, a sterile transaction. It's part psychologist, part therapist and part friend.

"There's a lot of things that go into making a good agent, helping to shepherd somebody through a transaction. That's the stuff that can't be replaced by a machine or a computer."

He said selling properties in Fallbrook and Bonsall is different than most places in the county.

"Most of the agents who are used to working in cities don't understand the challenges we face here," he said. "Things like septic systems, which when I moved from LA, I didn't even know what that was or what kind of impact that had on what you could build, where you could build on a lot. We have private roads that have easements and restrictions and things and who's going to maintain them and things like that, that people in the city just expected to call the city and they come out and fix things.

"Property corners is a big deal, right?" he said. "You live in a tract home and whatever your four walls are that the developer built, that's your property. Well, in Fallbrook, more often than not, where you see a fence or where you see what you think is a property line isn't. There are issues like that in rural communities that we have to deal with that makes it challenging. When agents come from other areas who don't know anything about that, how can they adequately represent a seller when they don't even know what they don't know?"

It's that sort of knowledge that he hopes to pass on to NSDCAR member realtors – and he encourages others to volunteer as well.

"I mean the fact that you're elected to the board of directors and from the board of directors, you're elected to this position, that certainly shows that people have confidence in your ability to lead the organization," Hasvold said. "So, that's flattering. It is a big responsibility and a huge time commitment. The other part of that is I'm a big believer in that everybody needs to give back to their industry in some way. This is kind of the culmination of my volunteering on an industry basis at this level."