MacDonald to be honored as Woman of the Year 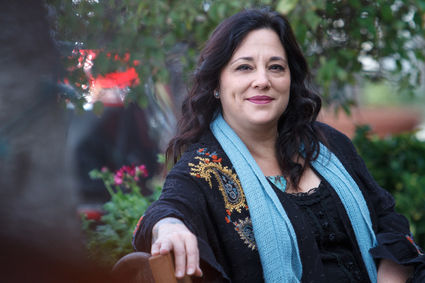 Fallbrook Chamber of Commerce Chief Executive Officer Lila MacDonald will be honored by District 75 Woman of the Year Assemblymember Marie Waldron in March.

Last week it was announced that Fallbrook Chamber of Commerce Chief Executive Officer Lila MacDonald would visit Sacramento in March to attend a luncheon and a state session at the Capitol where she will be honored as Woman of the Year by District 75 Assemblymember Marie Waldron.

"At first it was surreal," MacDonald said in a phone interview. "I mean, when you think about how many people are in the district, it kind of blows me away and truly I'm used to honoring other people because I'm working for the cause, not the applause. So, it's kind of weird to be receiving something.

"I do what I do because I love the community, not for some award."

In celebration of the contributions to society made by remarkable women throughout California, Hansen and Tanner arranged to invite one woman from each Senate and Assembly district to come to the Capitol and be honored for their accomplishments. The women were to be recognized as Woman of the Year in a formal ceremony on the floors of the Senate and Assembly.

On March 23, it will be MacDonald's turn to be honored along with dozens of influential women from around the state.

A true local, MacDonald grew up in Fallbrook and graduated from Fallbrook High School in 1988. She was even named Miss Friendly Village that same year. As a mother of four, she was heavily involved in PTA and school-related issues in the community over the years.

Her passion for community involvement extended to local organizations and nonprofit committees, including the Fallbrook Food Pantry and the Fallbrook Chamber Board of Directors, and she has served as an ambassador for the Chamber.

MacDonald was voted Honorary Mayor for Fallbrook in 2011 and was hired as the CEO of the Fallbrook Chamber in June of 2014.

She works with the County of San Diego on revitalization committees including the Public Safety committee and is the co-chair of the Children's Public Health/Safety committee. Currently, she co-chairs the local Fallbrook Community Forum and is the secretary of the new Back Country Coalition.

She is the first female to serve as the CEO of the Fallbrook chamber, something that isn't lost on her, but she downplayed the importance.

"Just as a human being, because I hate to draw those gender lines, life is about being an inspiration no matter what," MacDonald said. "But yes, as a woman to be able to be in a leadership role and someone who has a voice for her community to be able to help in that way – I'm truly honored to be able to do that."

MacDonald said she believes that anyone can do what they set their mind to.

"There are things that you have no idea that you can do until you take that risk," she said. "If you asked me six years ago or even in high school if I was going to be the chamber CEO, I would have been like, 'what?'

"Certainly my heart is in philanthropy, which is great about (the chamber) because it's nonprofit and community. I would have never dreamed of doing what I'm doing now, being able to have an impact. To make a difference for our community.

"The sky's not the limit for either sex."

She said she is looking forward to going to the luncheon to meet others who are doing positive things in their communities. She reflected on those people who will likely never get recognition.

"And that's how I feel," she said. "I'm doing all these things because I love Fallbrook. I love what I do. I think it's our responsibility to better our community, to give back to a place where we grew up."