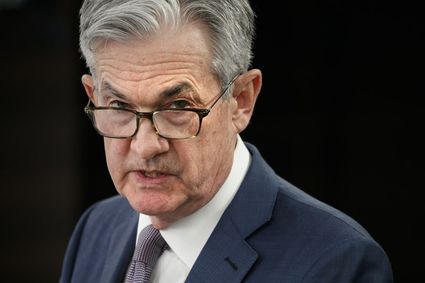 Federal Reserve Chair Jerome Powell speaks during a news conference, Tuesday, March 3, to discuss an announcement from the Federal Open Market Committee in Washington. In a surprise move, the Federal Reserve cut its benchmark interest rate by a sizable half-percentage point in an effort to support the economy in the face of the spreading coronavirus. Chairman Jerome Powell notes that the coronavirus "poses evolving risks to economic activity." AP photo/Jacquelyn Martin photo

In its latest emergency action, the Federal Reserve is establishing a lending facility to try to ease the flow of short-term credit to banks and businesses as the economy grinds to a halt from the viral outbreak.

The Fed announced Tuesday, March 17, that it's reviving a program it first used during the 2008 financial crisis to unclog a short-term lending market for what is known as "commercial paper." Large businesses issue commercial paper to raise cash to meet payrolls and cover other short-term costs.

"An improved commercial paper market will enhance the ability of businesses to maintain employment and investment as the nation deals with the coronavirus outbreak," the Fed said in a statement.

Borrowing rates in the commercial paper market have been spiking as more companies have sought to raise cash in the expectation that their revenue will plunge.

At the same time, money market funds, among the largest buyers of the short-term loans, are seeking to sell commercial paper themselves. They need to raise money because they expect large institutional investors to withdraw funds, and they need cash to cover those withdrawals.

All that activity has made it harder for banks and other companies to raise the cash they need.

In its announcement, the Fed said it set up the investment vehicle to buy commercial paper with the approval of the Treasury Department. The Treasury has also committed to guarantee up to $10 billion of the loans to prevent the Fed from taking losses. Companies that borrow through the facility will pay a small fee and interest.

The lending program was created with the approval of Treasury Secretary Steven Mnuchin, whose authorization is required for the creation of emergency programs by the Fed.

"The economic disruption and uncertainty created by COVID-19 has created challenges for the commercial paper market, constraining access to short-term credit for American businesses," Mnuchin said.

Tuesday's Fed action comes after the central bank unleashed a massive program of stimulus Sunday, March 15, when it cut its benchmark short-term interest rate to near zero and said it would purchase $700 billion in bonds. The Fed also allowed banks to lend from cash reserves that it had previously required banks to hold.

Many analysts said they expect the Fed to revive other financial-crisis-era programs in the coming days, including one known as the term auction facility, or TAF. This facility allows a wider array of banks to borrow from the Fed and to pledge a range of collateral, such as corporate bonds, rather than just Treasurys.