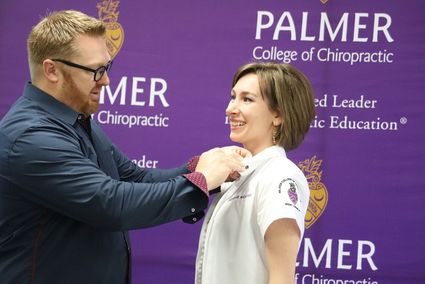 FALLBROOK – Cheyenne McCarthy was recently "pinned" to celebrate completing the rigorous academic portion of her doctor of chiropractic at Palmer College of Chiropractic West.

This ceremony signifies her transition to treat outpatients as a chiropractic student intern. She and her colleagues each received gold Palmer West lapel pins for their white clinic jackets.

The doctor of chiropractic is a year-round, intensive program with curriculum in diagnostic imaging, differential diagnosis, basic sciences and evidence-based chiropractic adjustive technique.

McCarthy, a lifelong Fallbrook resident, has attended Palmer College of Chiropractic West in San Jose for the past two years, earning dean's list honors each quarter. She holds leadership positions on campus as president of the Foundation for Chiropractic Progress Club and co-president of the Forward Thinking Chiropractic Alliance Club. She also volunteers as National Student Communications Director for the F4CP, managing student representatives at chiropractic campuses and hosting teleconferences with experts in the field. 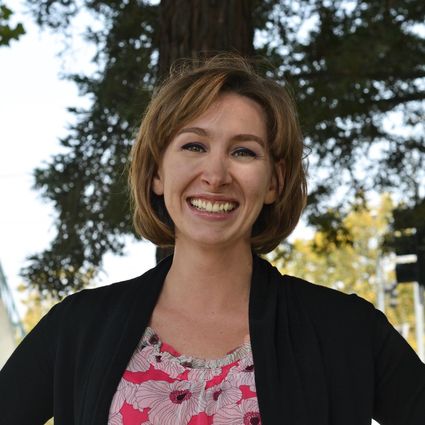 McCarthy credits her volunteer work with Fallbrook Veterans of Foreign Wars Post 1924 for inspiring her to pursue a career in chiropractic and plans to specialize in veteran and family care.

McCarthy is a candidate for a chiropractic internship at Veterans Affairs/Department of Defense sites and plans to work with VA hospitals to extend chiropractic services to San Diego County.

She credits local chiropractors Dr. Mary Ramsden, Dr. David Wetzel and Dr. Dean Robinson for their guidance and support along the way. She will graduate in March 2021.