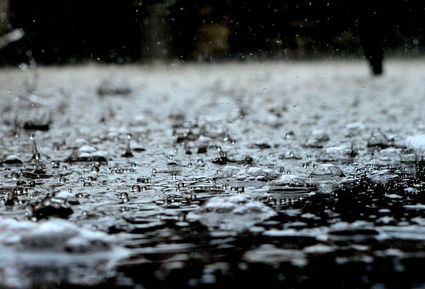 SAN DIEGO (CNS) - The remnants of a cold storm system that arrived in San Diego County early this week will make its way east tonight, but not before dropping heavy rain this morning, snow in the mountains and possibly creating thunderstorms throughout the county, according to the National Weather Service.

A flash flood watch is in effect throughout the county until 8 p.m. today.

An urban and small stream flood advisory is also in effect in the western and northern portions of the county -- including Oceanside, Escondido, Chula Vista, El Cajon, San Diego and Solana Beach -- until 7:45 a.m. today.

Rainfall totals today could reach 2 inches in coastal and inland valley areas, 3 inches in the mountains and 1 inch in the deserts.

As of 8:30 a.m. Thursday, six inches of snow had fallen at the 5,600-foot mark on Palomar Mountain. No other snow was reported in the county.

Palomar Mountain could get 4 more inches of snow today, as snow levels will be around 4,600 feet this morning, then rise to about 4,800 feet tonight.

Over a six-day stretch ending at 4 a.m. today, Birch Hill had received the most rain, 6.6 inches, followed by 5.6 on Palomar Mountain, 5.1 in Lower Oat Flats, 4.7 in Deer Springs, 4.3 at Henshaw Dam, 4.1 in Valley Center and Skyline Ranch, 4 on Mount Woodson and in Mesa Grande, 3.8 in Couser Canyon and Lake Wohlford, 3.6 in Bonsall, Carlsbad, San Marcos and Encinitas and 3.5 in Fallbrook and Santee.

Other noteworthy rainfall totals included 3.4 inches in Poway, 3.3 in Oceanside, 3.2 at Fashion Valley, 3.1 in Escondido and Julian, 3 in La Mesa, 2.9 in Kearny Mesa, 2.8 in Rancho Bernardo and Miramar, 2.6 in Ramona, Point Loma and at San Diego International Airport, 2.2 in Barona, 0.6 in Ocotillo Wells and 0.5 in Borrego Springs.

High temperatures today could reach 58 degrees near the coast, 58 in the western valleys, 54 near the foothills, 49 in the mountains and 61 in the deserts.

The storm system will make its way into Nevada and Arizona tonight and temperatures are expected to remain below average before rising on Tuesday and Wednesday next week, forecasters said.