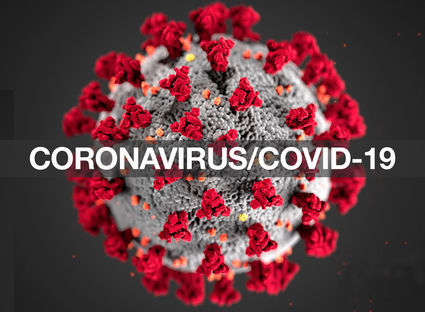 The number of COVID-19 cases reached 1,628 on Thursday -- an increase of 98 from Wednesday -- and four new deaths brought the death toll to 40. Of total cases, 348 have been hospitalized, 132 of which have been placed in intensive care. The county estimates 301 county residents have recovered from the illness.

Fletcher said the county estimated the recoveries by taking the last known positive tests for the illness, waiting two weeks and subtracting any loss of life. It is a rough estimate, but does give some semblance of the county's picture, he said, noting it was similar to how Johns Hopkins University tracked cases and recovery worldwide.

The last several days have seen more than half the total deaths among county residents from the pandemic -- 21 confirmed fatalities. Fletcher said the number of positive tests were increasing, but not at an alarming rate.

He said that while the 98 cases reported Thursday is the most in the past several days, it ``wasn't a cause for alarm, just as fewer cases a few days ago was not a cause for relief.'' Fletcher reiterated what has been a common point from him over the past month in stating that day-over-day results were not the best way to get a full picture of the health crisis.

The county and the 23 hospitals in the region have administered 22,098 COVID-19 tests, around 93% of which have returned negative. San Diego County has distributed 1.9 million pieces of personal protective equipment, including 788,145 N95 respirators, 711,000 pairs of gloves and 362,665 surgical masks.

Fletcher said that despite the response, the county was waiting on state and federal help, as ``a number of entities are beginning to run low'' on supplies.

The officer has not worked since March 20 and began feeling ill after that date, port spokeswoman Brianne Page told the San Diego Union-Tribune.

The county also reported deaths by racial breakdown for the first time on Wednesday: 15 white, 10 Hispanic/Latino, two Asian and the remaining nine fatalities unidentified by race or ethnicity.

Fletcher added that the county would take all the time needed before lifting restrictions on public gatherings, citing the mistakes made in past pandemics.

``Early actions helped us buy time,'' he said Wednesday, referring to both local and state leaders quickly issuing states of emergency and preparing for an extended health crisis. ``They helped prepare us for a day in the future to ease some of these health orders. But we'll be very gradually coming out of our current posture.''

Fletcher went back 102 years to the influenza pandemic of 1918, in which some communities that had locked down to avoid an initial wave of cases then lifted restrictions too soon and suffered fatal consequences.

That flu killed 366 of San Diego's then-75,000 residents, or about half a percent of the city. Nearly 50 million people died in that global pandemic, believed to be the deadliest in history.

He said 550 medical clinicians had volunteered, 200 non-medical but related professionals -- those with experience in hospital administration for example -- and 574 other volunteers had yet to be assessed. Fletcher said these professionals were ``in ready reserve'' in case they were needed to fight the pandemic.

Dr. Nick Yphantides, the county's medical director, echoed a call made Tuesday by the San Diego Blood Bank asking for plasma donations from recovered COVID-19 patients. He said this ``convalescent plasma'' had shown some effectiveness in early treatment studies. A collaboration between the blood bank, the county and hospitals was something they were pursuing ``enthusiastically,'' he said.

The council also directed staff to develop a loan program for small businesses affected by the pandemic. More details on the Small Business Bridge Loan Program will be presented at the next council meeting on April 21.