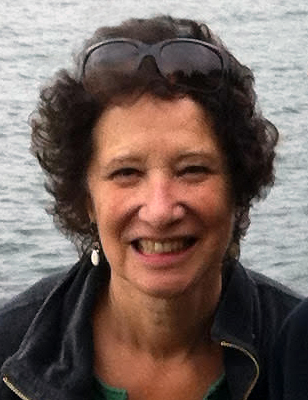 Barbara Jane Rosenfelder was born March 9, 1947, the daughter of the late William and Susan Rosenfelder of Elmhurst, New York, she was educated in the public schools of Queens, New York.

She graduated in 1963 from Newtown High School with a New York State Regents Scholarship to Cornell University in Ithaca, New York, where she met her husband Jonathan, a law student. The couple began 51 years of married life as Peace Corps volunteers in a small village on Viti Levu, Fiji Islands, from 1968 to 1970.

In Fiji, she taught in an indigenous primary school. The couple then moved to Minneapolis, where she received a master's degree in social work from the University of Minnesota and worked as a planner in Hennepin County's child protection services while raising two sons.

She was an adventurous traveler, avid reader and bridge player and excellent cook. Together with several close friends, she formed a cooking group which met regularly over 15 years to prepare gourmet meals.

She loved Minnesota's North Shore and the chaparral hills of northern San Diego County, where she and her husband spent winters.

She was preceded in death by her sister Evelyn Henis and is survived by her husband, Jonathan; two sons, Adam (and wife Kristen) and Benjamin (and wife Emily) and four grandchildren, Layla, William, Josephine and Lucy, to all of whom she was devoted.

She is remembered for her warmth and humor, friendship, love of family and civic-mindedness. Her family is grateful for the superb cancer and home hospice care she received from the physicians, nurses and staff of Methodist Hospital. Service is pending. Memorials preferred to MinnPost, the online nonprofit newsroom, at https://minnpost.com/support