Fallbrook transitional house helping those who help themselves 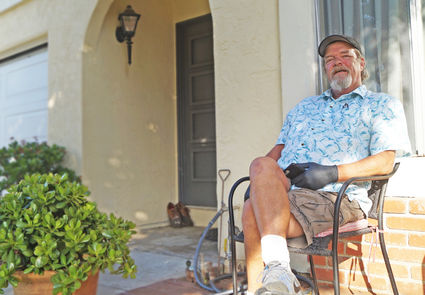 Kevin sits on the front porch of the homeless transitional home that he is in charge of in Fallbrook. Not long ago, Kevin was living on the streets of Fallbrook in the community where he grew up.

Kevin is loyal to his soil, and the Fallbrook High School graduate has always lived in Fallbrook.

"This is my home," he said. "I've never been homeless anywhere else – just here in Fallbrook."

Kevin is a success story, and one of many stories he talks about who came from a transitional home for homeless people looking to get their lives in order.

Kevin said he has spent the better part of 11 years living on and off the streets in his community. The last time he was homeless was after a breakup. With nowhere else to go, he headed back to the streets.