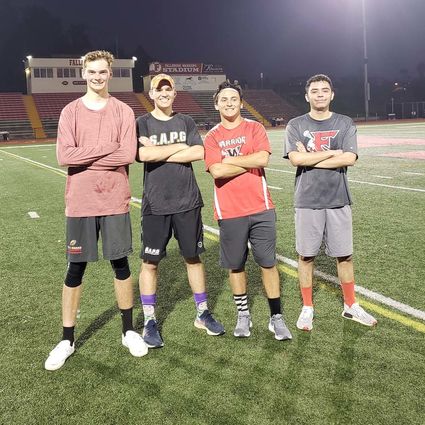 The 2020 Fallbrook High School boys' lacrosse team had 25 players on the Warriors' varsity roster and 14 of those were seniors.

"I was looking forward to the season. I thought we had a solid team," Fallbrook coach Mike Zinniger said.

The Warriors played three games before the remainder of the CIF spring sports seasons were canceled.

"I felt it was going well even though our record was only one and two. We kind of upgraded our schedule a little bit," Zinniger said.

The two teams who defeated Fallbrook, Murrieta Mesa and Patrick Henry high schools, are both Division I programs.