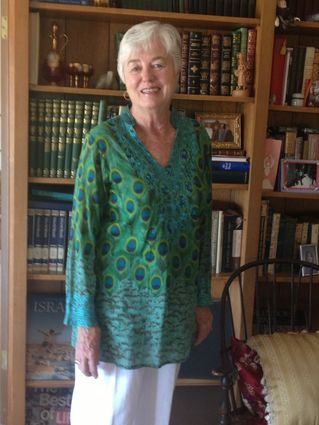 Carol Lee Savoca passed away on Mother's Day, May 10, 2020, after what should be considered a successful bout against cancer. Her determination and strong will bought her several extra years to spend time with the people she loved most.

Carol was born June 7, 1940, in Dayton, Ohio, to Robert and Margaret Deebach. She was the 11th generation of her family in the United States tracing her roots back to the Plymouth Colony in 1631.

Growing up in a more innocent age as an only child in Ohio, Carol loved the smell of dead ducks hanging in the shed after a successful hunt with her dad, smoking cigarettes poolside at the club and getting into shenanigans with her "cousin" Tom. As she ventured into adulthood, she attended the University of Colorado with her best friend, Jodee, where her youthful hi-jinx continued.

Through her single life, Carol lived the life of an eccentric pet owner; her small apartments became rotating menageries housing everything from roosters to alligators. "Spur of the moment" was a predominant theme of her youth. She craved adventure which she filled by road-tripping the US with friends, family, and sometimes strangers. Eventually fate found her a job in San Francisco where she fell for her boss (and the love of her life), Dominic Joseph Savoca, whom she married after an extended courtship.

Together Carol and Dominic started a family and eventually moved to Bonsall, California. Carol approached motherhood with the same zeal with which she approached everything else. She provided a warm, loving and creative environment for her children to thrive and extended the same care to all of her children's friends. At the Savoca household all felt welcome, safe and supported. She understood how to entertain with stately flair but also loved to share one-on-one time with her many close friends to whom she was fiercely committed. She and Dominic became fixtures in the community through a lifetime of volunteerism and community service. Dominic passed away in 2014.