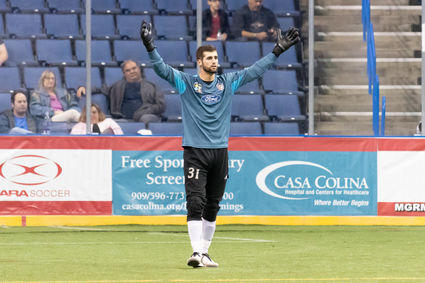 The Ontario Fury's Chris Toth is the Major Arena Soccer League's 2019-2020 Goalkeeper of the Year.

Toth played in 18 games for the Ontario Fury during the 2020-2021 season. He allowed 82 goals while making 232 saves. It gave him an average of 4.75 goals allowed per game and a save percentage of .744. One of Toth's victories was by shutout, and his distribution of the ball a...