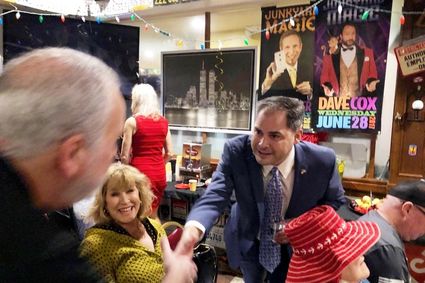 LOS ANGELES (AP) - California Republicans have been waiting for a turning point and some think it's finally arrived.

The party of Presidents Richard Nixon and Ronald Reagan has been fading in California for years: Democrats control every statewide office, dominate the Legislature and hold all but eight of the state's 53 U.S. House seats. The GOP's deficit in voter registrations: a staggering 4.4 million.

But the victory last week of a President Donald Trump-supporting former Navy pilot in a contested U.S. House race north of Los Angeles has emboldened Re...