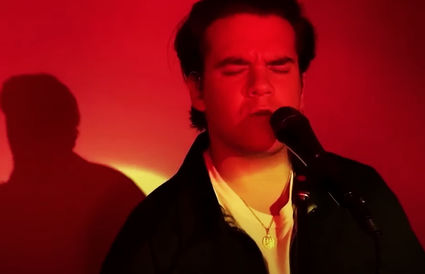 Jonny West performs "Makin' Love" in the finale of Season 18 of "American Idol." West advanced to the Top 5 of the competition before being eliminated in the competition for the Top 2. Valley News/Courtesy photo

Murrieta Valley High School alumni Jonny West, 23, was eliminated after advancing to the Top 5 on Season 18 of "American Idol" on ABC Sunday, May 17.

West was eliminated from the Top 2 along with Francisco Martin and Dillon James, leaving Just Sam and Arthur Gunn to battle for the title, which Sam ultimately won.

The road to the finale was long and winding for West, who was quarantined at home in Studio City with his girlfriend and former fellow contestant, Margie Mays.

The last three episodes of the competition featured performances broadcast from each contestant's home due to the corona...