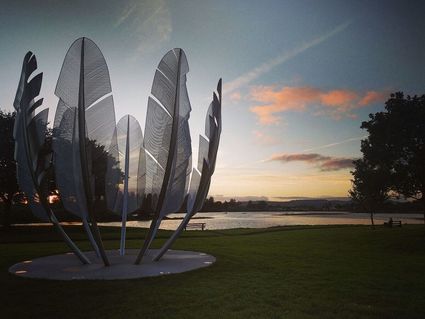 "Kindred Spirits," a stainless steel outdoor sculpture in Bailick Park in Midleton, County Cork, Ireland, was erected to commemorate the donation made by the Choctaw people in 1847 during Ireland's Great Hunger. GAVIN SHERIDAN CC BY-SA 4.0

Charitable donations from a GoFundMe campaign initiated in Ireland have been pouring in to support Native American communities hard hit by the pandemic.

The reason for the generous act harks back some 170 years.

During the Great Famine from 1845-1849 in Ireland, it was the Choctaw Nation of Oklahoma that donated to help those starving across the Atlantic.

"The death of many people on the Trail of Tears sparked empathy for the Irish people in their time of need. Thus, the Choctaw extended $170 of relief aid," Vanessa Tulley, one of the fundraiser's organ...