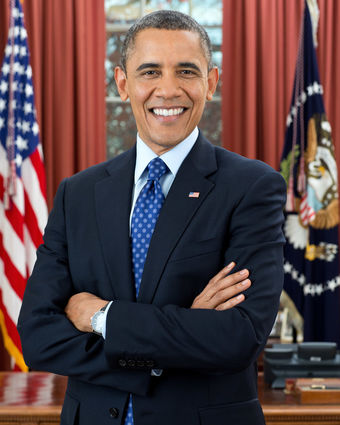 The three officials held the top roles focusing on Russia, cybersecurity and intelligence programs at the National Security Council. Their exclusion is likely to raise new questions about the Obama administration’s involvement in the origins of the investigation of the Trump campaign that evolved into the probe by special counsel Robert Mueller.

The Obama administration coordinated a series of so-called “small group” meetings in response to Brennan’s intelligence, but excluded three officials who would usually be involved in high-profile work on the topics: Michael Daniel, the White House cybersecurity coordinator; Celeste Wallander, senior director for Russia and Eurasia, and Brett Holmgren, senior director for intelligence programs.

The exclusion of the officials was first documented in the third volume of the Russia report by the Senate Select Committee on Intelligence, which noted that “several NSC officials who would normally be included in discussions of importance … were neither included in the discussions nor exposed to the sensitive intelligence until after the election.”

Holmgren, the senior director for intelligence programs, told the Senate intelligence committee that he was excluded “due to the sensitivity of the intelligence reporting.” He said the “reports were briefed verbally, oftentimes by Director Brennan. So I didn’t get access to a lot of those reports until the November or December time frame.”

According to the Senate intelligence committee’s report, the Obama administration was not concerned with interference in the 2016 presidential election until Brennan provided a series of secretive briefings. The intelligence Brennan relayed purportedly served as the wake-up call, triggering a series of high-level meetings to coordinate a response.

Little is known about the content of Brennan’s briefings. In public testimony, he said the content was similar to the findings in the Intelligence Community Assessment which was released to the public Jan. 5, 2017.

“The substance of those briefings was entirely consistent with the main judgments contained in the January classified and unclassified assessments namely, that Russia’s goals were to undermine public faith in the U.S. democratic process, denigrate Secretary Clinton and harm her electability and potential presidency and help President Trump’s election chances,” Brennan told the House Permanent Select Committee on Intelligence May 23, 2017.

After the briefings at the White House, Brennan briefed the intelligence to members of the congressional Gang of Eight in a series of one-on-one meetings. Brennan briefed three of the Democrats before informing any of the Republicans. The sequence and format of the briefings were a departure from typical Gang of Eight procedures, whereas the intelligence is briefed to all of the eight members at once.

Public knowledge of the finer details of the briefings is limited to anonymously sourced media reports, which claim that the intelligence came from a highly placed CIA source within the Kremlin. One of the media articles included reporting questioning the credibility of the source, including raising suspicions that he was a double-agent for Russia.

Reprinted with permission of The Epoch Times.