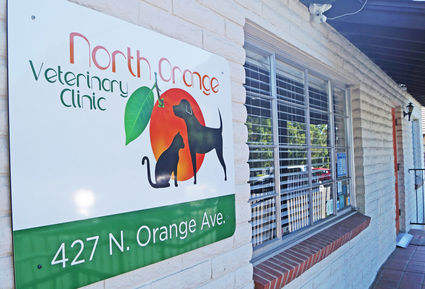 North Orange Veterinary Clinic opened its doors in 2018 and is a full-service animal hospital that offers quality and affordable health care services to pets in Fallbrook and the surrounding areas.

When people hear the word "clinic," they think of a small operation with limited staff and resources.

But when it comes to North Orange Veterinary Clinic, led by longtime veterinarian Dr. Geoffrey R. Smith, nothing could be further from the truth.

The full-service animal hospital that opened almost two years ago provides quality and affordable health care services to pets in Fallbrook and the surrounding areas.

"The really neat part about our business is most of our employees came out of retirement to work here," Diana Smith said.

Geoffrey Smith was raised in Point Loma while his father served in the Navy.

"During his childhood, his mother, Mary Smith, allowed him to raise birds in their Point Loma backyard," Diana Smith said. "Geoffrey and his dad built aviaries in the backyard for Geoffrey's parakeets. Geoffrey always loved wildlife and animals and would catch snakes in the Point Loma hills along with neighbors; they would catch and release the snakes.

"After graduating from Point Loma High School, Geoffrey started at UCSD as a math major. Somewhere along the way during freshman year, Geoffrey was challenged by his roommate to go to UC Davis to pursue veterinary medicine. It was apparent to everyone that Geoffrey was destined to be a veterinarian," she said.

After graduating from University of California Davis, Geoffrey Smith came back to San Diego county to continue his veterinary career. While running a house call practice out of his Bonsall home, the Lilac Fire took his home of 37 years in 2017.

After that, he was presented with the opportunity to open a clinic of his own in Fallbrook and North Orange Veterinary Clinic opened in July 2018 with a seasoned veterinary medicine staff, who also came out of various forms of retirement.

The clinic offers a Wellness Program that places an emphasis on annual health examinations.

"The importance of a pet wellness program is to encourage healthy veterinary practices and diets which could prevent future disease and conditions in animals that could lead to shortened lifespans," Diana Smith said. "A simple practice of a non-anesthetic dental done regularly could help prevent the buildup of dental tarter which could potentially lead to larger medical issues. Vaccinating dogs and cats is another way that animals can avoid future diseases.

"Regular yearly exams, which may include parasite and giardia testing, are important for pets. Fallbrook's country-living also brings fleas and ticks to household pets. Owners should be vigilant to keep their pets free from fleas and ticks," she said.

North Orange Veterinary Clinic treats small animals; the majority of which are dogs and cats. Geoffrey Smith will see reptiles and has an affinity for all types of reptiles.

During the COVID-19 pandemic, the clinic is open for business with a change in how it typically operates. 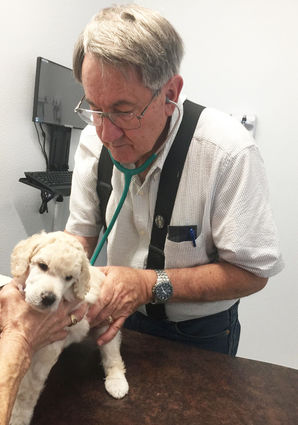 Dr. Geoffrey Smith leads a group of veterinarians and staff that are ready to care for pets at a moment's notice.

"Owners will wait in their parked cars in the parking lot while their animals are brought into the clinic," Diana Smith said. "This is due to the small proximity in the exam rooms; social distancing would not be possible. Nevertheless, animals will still be given the complete and thorough care they need."

With the expanding population of Fallbrook, Bonsall and North San Diego County, North Orange Veterinary Clinic is here to serve the community.

"We are grateful for the ability and opportunity to remain essential," Diana Smith said.

North Orange Veterinary Clinic is located at 427 North Orange Ave. in Fallbrook, and the hours of operation are 9 a.m. to 5 p.m. Mondays through Fridays.