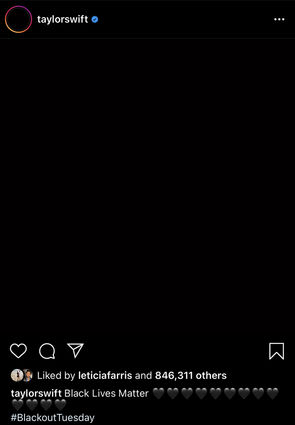 NEW YORK (AP) - Though Black Out Tuesday was originally organized by the music community, the social media world also went dark in support of the Black Lives Matter movement, joining voices around the world outraged by the killings of black people in the U.S.

Instagram and Twitter accounts, from top record label to everyday people, were full of black squares posted in response to the deaths of George Floyd, Ahmaud Arbery and Breonna Taylor.

Most of the captions were blank, though some posted #TheShowMustBePaused, black heart emojis or encouraged people to vote...