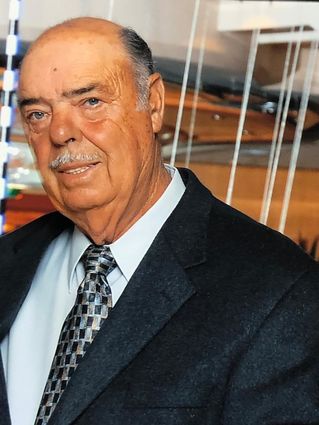 Joe joined the Air Force in 1949. He was a drummer in the Air Force Band, playing for the troops and marching in Okinawa. He later played with the Big Jazz Bands in the 50s.

Joe and his wife Lee lived in Las Vegas for 40 years. Joe worked for Circus Hotel & Casinos for 10 years as Entertainment Director, Chief Engineer and Property Management, 1974 to 1984.

In 1984, Joe and son Michael started Roseland Nursery in Fallbrook, California as growers, wholesale and retail, with three locations for landscapers, gardeners and the public.

Joe resided with his family in Fallbrook for 20 years. Lee and Joe celebrated 67 years of marriage Dec. 30, 2019. Besides his wife, he is survived by four sons, seven grandchildren and two great-grandchildren.

He was loved by his employees of 36 years. He will always be remembered as being fair and kind to everyone.