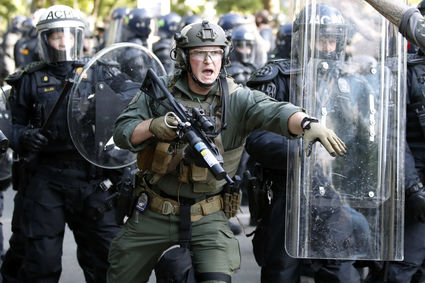 Police begin to clear demonstrators gathered as they protest the death of George Floyd near the White House in Washington, June 1. AP photo/Alex Brandon photo

The White House will be establishing a "central command center" to oversee the federal response to riots that have flared nationwide alongside peaceful protests over the death of George Floyd, press secretary Kayleigh McEnany announced Monday, June 1.