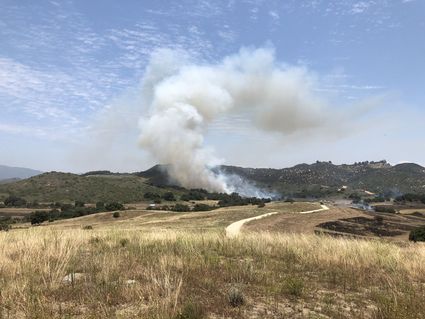 A fire broke out Wednesday on Camp Pendleton on the border of De Luz Road in Fallbrook. Village News/Calfire San Diego

CAMP PENDLETON - A fire located in the northeast reaches of Camp Pendleton, on the border of De Luz Road, grew to almost 10 acres with a moderate rate of spread.

Evacuation orders were put in place for portions of De Luz Road and warnings for Green Valley Road, Riverview Road, and Daily Road.

At 3 p.m., evacuation orders and warnings had been lifted and CalFire San Diego announced that the forward rate of spread had been h...