One fatality, one injured in crash on I-15 near Fallbrook 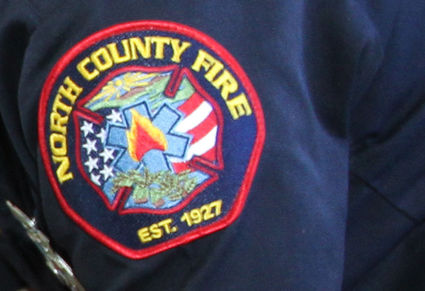 FALLBROOK (CNS) - One motorist was killed and a woman was injured when their vehicle ran over the side of Interstate 15, authorities said.

At 10:41 a.m., a vehicle drove off the freeway and fell 150 feet below, rolling over several times, Capt. John Choi of North County Fire said. Fire crews used a rope system to rescue the woman, who was taken to Palomar Medical Center and expected to survive her injuries.

An unidentified person was pronounced dead at the scene of the crash, Choi said. It wasn't immediately clear which victim was the driver or passenger.

The crash tied up traffic...