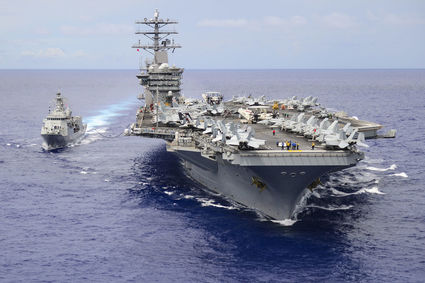 Prior to departing, the strike group completed a composite training unit exercise called COMPTUEX, which is designed to fully integrate units of a carrier strike group while testing its ability as a whole to carry out sustained combat operations from the sea.

Ships, squadrons and staffs have been tested across every core warfare area within their mission sets through a vari...