Cause of 7,400 acre blaze remains unknown 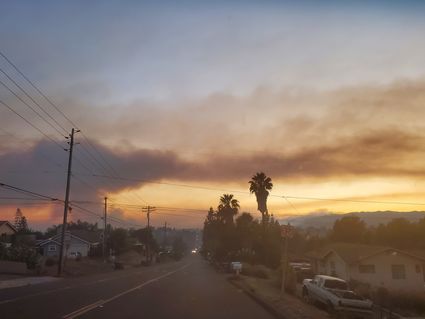 Smoke rises above the hills of Camp Pendleton during the early evening hours, Tuesday, June 9.

CAMP PENDLETON (CNS) - A pair of large wildfires continued burning across open terrain on the grounds of Camp Pendleton today, sending plumes of smoke over northern San Diego County but posing no threats to military or civilian structures.

The flames, which began spreading through training areas toward the center of the Marine Corps base on Monday, had charred roughly 7,400 acres as of early this morning, according to Camp Pendleton public affairs.

Military firefighters have been aided by Cal Fire ground and airborne crews in their effort to corral the blazes.