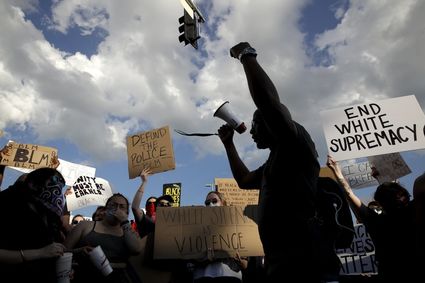 In this June 3, 2020, file photo, people protest in Kansas City, Missouri, during a unity march to protest against police brutality following the death of George Floyd, who died after being restrained by Minneapolis police officers May 25. AP photo/Charlie Riedel, file photo

In the two weeks since George Floyd's killing, police departments have banned chokeholds, Confederate monuments have fallen and officers have been arrested and charged amid large global protests against violence by police and racism.

The moves are far short of the overhaul of police, prosecutors' offices, courts and other institutions that protesters seek. But some advocates and demonstrators said they are encouraged by the swiftness of the response to Floyd's death – incremental as it may be.

"Everywhere you look, you see something that gives you h...