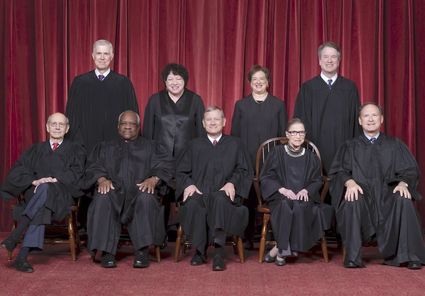 WASHINGTON (AP) - Supreme Court watchers were left scratching their heads when they learned Justice Neil Gorsuch was the author of Monday's landmark LGBT rights ruling, but not because the appointee of President Donald Trump might have been expected to side with his conservative colleagues in dissent.

Rather, it was a matter of math.

Each of the nine Supreme Court justices usually writes at least one opinion for each month the court hears arguments. Gorsuch's opinion was his second for October while three of his colleagues wrote nothing. That highly unusual lin...