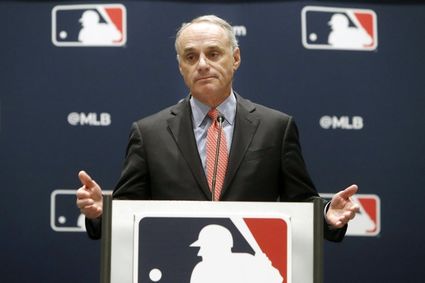 NEW YORK (AP) - Baseball Commissioner Rob Manfred says there might be no major league games this year after a breakdown in talks between teams and the players' union on how to split up money in a season delayed by the coronavirus pandemic.

Two days after union head Tony Clark declared additional negotiations futile, Manfred reversed his position of last week when he said he was "100%" certain the 2020 season would start.