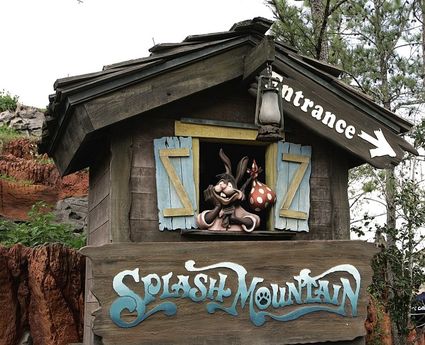 In this March 21, 2007 file photo, the character Brer Rabbit, from the movie, "Song of the South," is depicted near the entrance to the Splash Mountain ride in the Magic Kingdom at Walt Disney World in Lake Buena Vista, Fla. The Splash Mountain ride at Disney parks in California and Florida is being recast. Disney officials said the ride would no longer be tied to the 1946 movie, "Song of the South," which many view as racist. Instead, the revamped ride will be inspired by the 2009 Disney film, "The Princess and the Frog," which has an African-American female lead. (AP Photo/John Raoux, File)

ORLANDO, Fla. (AP) - Amid calls to change the Splash Mountain theme park ride over its ties to "Song of the South," the 1946 movie many view as racist, Disney officials said Thursday it was recasting the ride based on "The Princess and the Frog," a 2009 Disney film with an African American female lead.

Changes to the ride will be made both at Disneyland in California and the Magic Kingdom at Walt Disney World in Florida, the company said in a post.

Disney said the changes had been in the works since last year, but the announcement comes as companies across th...