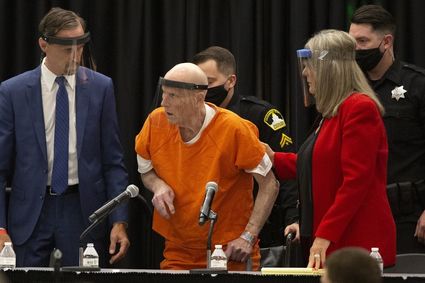 Gay Hardwick stood arm-in-arm with her husband to face a criminal dubbed the Golden State Killer and couldn't recognize the elderly man hunched in a wheelchair as the sadistic rapist who had terrorized them 42 years earlier.

In a hushed and raspy voice, Joseph James DeAngelo Jr. – a serial rapist before he became a serial killer – acknowledged in two words, "I admit," that he had attacked the couple in 1978 as he pleaded guilty Monday, June 29, to 13 murders and admitted dozens of rapes and crimes too old to be prosecuted as part of a...