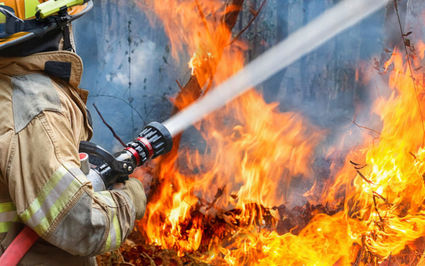 Firefighters were able to tackle a car fire that spread to nearby vegetation in De Luz early this morning.

The blaze was reported just before 4:30 a.m. along Sandia Creek Drive more than a mile north of Rock Mountain Drive, according to information from North County Fire Capt. John Choi.

Upon arriving at the scene, firefighters found the car that originated the fire was unoccupied, and flames had spread to an approximately 20-by-20-foot spot of brush, Choi said.

Crews from both North County Fire and Cal Fire San Diego responded to the call. Firefighters got the fire under control quickly, C...