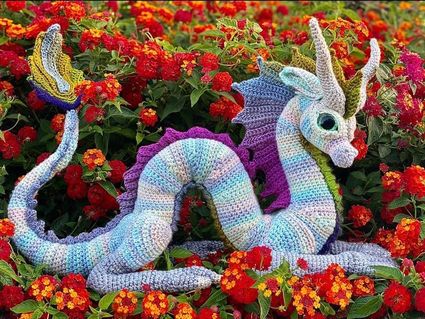 Leon Guerrero had posted it to a local Facebook page to showcase his work.

"I had no idea it was going to blow up the way it did," Leon Guerrero said. His first introduction to amigurumi, a way of crocheting things to make toys and dolls, was several years prior when his boss introduced him and his co-workers to knitting.

They decided to take a knitting class during their lunch breaks. "The first class there was like 12, 13 people and two guys...