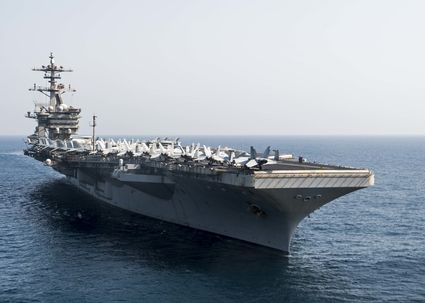 SAN DIEGO (CNS) - The USS Theodore Roosevelt returned to San Diego today, ending a deployment that included a widely publicized COVID-19 outbreak aboard the ship and the contentious firing of its captain.

The Nimitz-class aircraft carrier returned after nearly six months, more than 31,835 nautical miles traveled and an unexpected months-long stopover in Guam, where thousands of sailors were moved off the ship for treatment and quarantine. Its deployment also included a port visit to Da Nang that marked the second time that a U.S. aircraft carrier has visited Vietnam since the Viet...