'A slap in the face:' Goya faces boycott over Trump praise 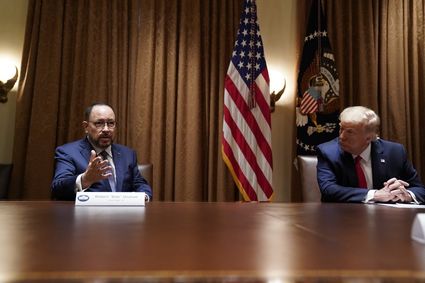 NEW YORK (AP) - The CEO of food company Goya is facing an uproar over his praise for President Donald Trump, with some Latino families purging their pantries of the products and scrambling to find alternatives to the beloved beans, seasoning and other products that have long been fixtures in their cooking.

But the controversy is also drawing attention to the mixed political sentiments of Latinos in the U.S. Many of them oppose Trump because of his derogatory comments about Hispanics and harsh policies toward immigration, m...