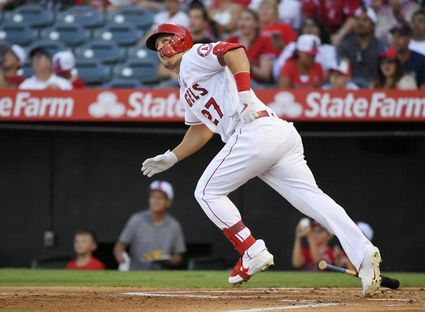 In this July 27, 2019, file photo, Los Angeles Angels' Mike Trout runs to first while watching his two-run home run during the first inning of the team's baseball game against the Baltimore Orioles in Anaheim, Calif. (AP Photo/Mark J. Terrill, File)

The Los Angeles Angels' three-time AL MVP also isn't sure he'll still be in uniform in October if the Angels capitalize on the expanded opportunity by landing a playoff berth.

Not much is certain about this unique baseball summer, but Trout is betting he'll be glad he took time out from impending fatherhood to chase a playoff berth with the revitalized Angels and new manager Joe Maddon.

"I love playing this game," Trout said when...