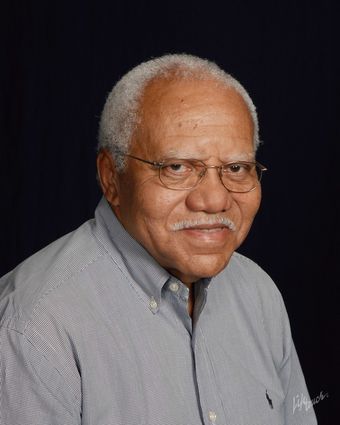 Lougene Williams is the latest addition to the Foundation for Senior Care Board of Directors.

FALLBROOK – Longtime Fallbrook resident Lougene Williams was elected as the latest addition to the 14-member board of directors for the Foundation for Senior Care, foundation president Dr. Robert Pace announced Friday, July 10.

Three new officers were also named, joining Pace and Mark Haskell, secretary, as officers of the nonprofit that serves the senior community in the region.

Before joining the board, Williams was a senior manufacturing executive in the medical device industry with operations in the United States and Mexico. At his retirement, Williams served as senior vice president of operations for Hudson Respiratory Care in Temecula, a position he held since 1996. Before that he was a vice president of manufacturing for Respiratory Care Inc., a division of Kendall Company, a company he joined in the 1970s following a tour with the U.S. Air Force.

Active in community activities, he helped young African American men and women move into corporate positions, was a SCORE volunteer and is an elder at his church in Fallbrook.

Barbara Creech was named treasurer for the foundation, a term of office that continues for two years. She has more than three decades of work in state government, most recently as director of operations for the Ohio Finance Agency for human services, marketing and communications and technology services. She and her family relocated to the Fallbrook area four years ago and, according to Pace, she has been a valuable member of the board since 2017, chairing its strategic planning activities.

Roger Shaver, named as the first vice president, is a navy veteran who served 23 years in the Navy's Medical Service Corps. He is currently a pharmacy director at Menifee Valley Medical Center as well as a former pharmacy director at the Fallbrook Hospital. He has been a board member at the foundation since 2007.

Jerry Kalman, a Realtor with HomeSmart Legends in Fallbrook, was named as second vice president. Also active in local activities, Kalman is currently a member of the Fallbrook Community Planning Group, serving for the past two years as that county organization's secretary. He has been a resident in the area since 1999 and has been on the board for the foundation for a year, serving as the nonprofit organization's marketing committee chair since joining the board.

Pace, a longtime Fallbrook resident and orthopedic surgeon, said that the senior community derives a wealth of benefits from the talent-base and diverse set of professionals on the board. Those professionals include members of the health care delivery and medical fields, finance, government relations, the legal community and real estate.

The Foundation for Senior Care is a provider of multiple services for seniors and their families with headquarters at 1120 S. Mission Road in Fallbrook.

Submitted by Foundation for Senior Care.