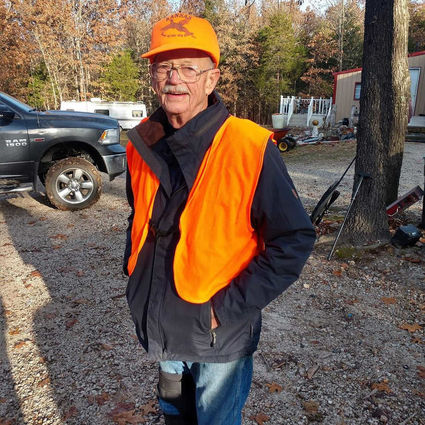 Chuck Harris, long time Fallbrook resident, died July 5, 2020. Chuck was born April 21, 1943, in Kansas City, Missouri. His childhood years were spent mostly in that area. He was an avid fisherman and hunter from an early age. In addition, he was active in the Boy Scouts and attained the designation of Eagle Scout.

After graduating from high school in 1961, he joined the United States Marine Corps. Basic training was at Marine Corps Recruit Depot, followed by Marine Corps Base Camp Pendleton for additional instruction. After multiple schools, he was sent to Taiwan in 1965 where he met his wife of 53 years, Leanne.

Following that tour, he was sent to Vietnam aboard the USS Boxer, and served with the 3rd Force Recon Battalion. That close brotherhood of Marines still gathers every year for a reunion all these years later. Once a Marine, always a Marine.

He and Leanne were married in 1967 and moved to Tacoma, Washington. It was there that Chuck was selected for the Enlisted Commissioning Program held in Quantico, Viginia. After multiple moves, he ended up at Marine Corps Air State El Toro with Marine All-Weather Fighter Attack Squadron 242 as a bombardier navigator and flight line officer.

While in El Toro, he was active with the youth soccer program as a coach and referee. In 1978, the Harris family relocated to Fallbrook, and Chuck continued his passion for youth soccer. He was instrumental in establishing the first boys competitive team known as Fury. He also coached soccer at Fallbrook High School as coach for JV and varsity boys as well as varsity girls.

Chuck was a gentle, kind soul as evidenced in his work with not only youth soccer but with all animals as well. He worked tirelessly at the Lovin Friends Pet Shop that he and Leanne purchased in 1979. He was an avid cook and great gardener growing vegetables as well as beautiful flowers of all kinds.

Chuck was the beloved husband of Leanne. He leaves behind his wife, as well as three children, Leon, Charlie and Lorrin, also three grandchildren, Emily Harris and Nicholas and Julianna Harris.

Through it all, he never once complained of his constant pain or physical disabilities. A military ceremony will be held at Mira Mar National Cemetery. Donations are being accepted in his honor at the Helen Woodward Animal Center in Rancho Santa Fe. He will be sorely missed.