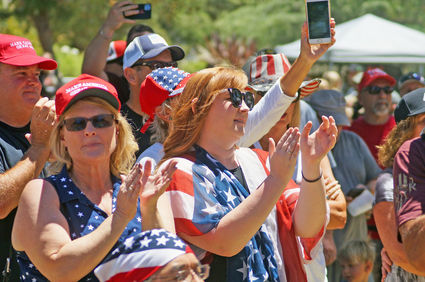 Members of the crowd clap and cheer for one of the speakers at the Freedom Protest Rally 2020 in Murrieta on Saturday, July 18.

The event, which was billed as a protest rally to address current issues in the state such as business closures and the defunding of police, also featured live music, four food trucks, and alco...