Bosa gets $135 million extension with Chargers 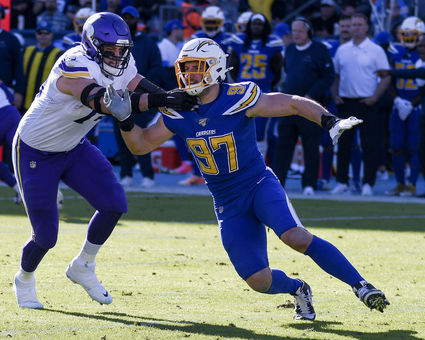 COSTA MESA (AP) - Defensive end Joey Bosa has agreed to a contact extension that will make him the highest-paid defensive player in the NFL.

Two people familiar with the deal said the five-year extension is worth $135 million, which includes $78 million guaranteed at signing and $102 million overall. The people spoke to The Associated Press on condition of anonymity Tuesday night because the contract has not been finalized. ESPN was the first to report on the deal.