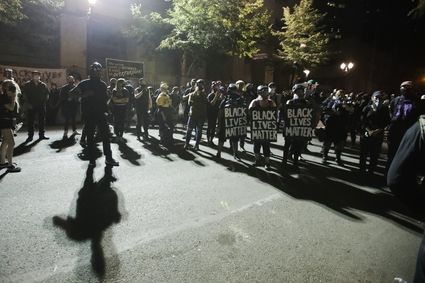 PORTLAND, Ore. (AP) - More than a thousand people showed up in downtown Portland early Saturday to peacefully protest, about three days after the announcement that the presence of U.S. agents there would be reduced - a deal that Oregon officials hope will continue to ease tensions as the city tries to move on from months of chaotic nightly protests.

Friday's overnight protest mimicked that of Thursday, which was the first time in weeks that demonstrations ended without any major confrontations, violence or arrests. The change in tone outside a...