By Darlene Superville
The Associated Press 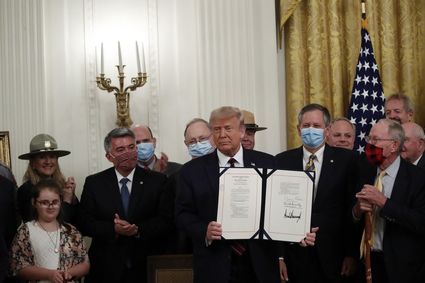 President Donald Trump poses for a photo during a signing ceremony for House Resolution 1957 – "The Great American Outdoors Act," in the East Room of the White House, Tuesday, Aug. 4, in Washington.

President Donald Trump signed into law legislation Tuesday, Aug. 4, that will devote nearly $3 billion annually to conservation projects, outdoor recreation and maintenance of national parks and other public lands. The measure was overwhelmingly approved by Congress.