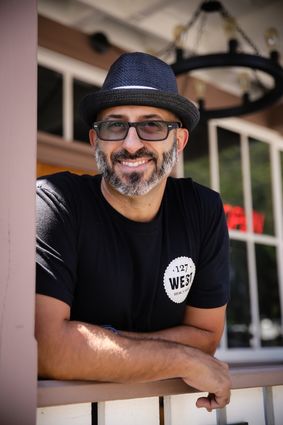 A gastro-style pub by definition, 127 West Social House has far from traditional bar food, but instead serves up artisan, elevated cuisine.

"I felt like I was kind of taking a chance," Trupiano said. "I had such a great following for Trupiano's, and Fallbrook is just so amazing when it comes to support."

After asking around to see if people would be interested, he received comments telling him to do it, and he went ahead and started 127 West.

"We call it kind of California modern cuisine," Trupiano said. "The decor usually is shabby chic, a lot of repurposed metals and woods and stuff like that."

They have artisan burgers and pizza, among other items.

"We have 20 craft beers on tap," Trupiano said. "We appeal to a lot of the craft beer people, a lot of wines by the glass, so just a very different energy."

Trupiano said he calls it a social house intentionally.

"It's a house," Trupiano said. "I wanted it to be a place where Fallbrook people could gather and be social and not necessarily have that bar environment.

"I get a lot of business people; ladies feel very comfortable meeting here, so I just really wanted to create a really cool vibe and energy for people to come and eat good food and drink good beer and wine and socialize," Trupiano said.

The menu changes four times a year, usually with the seasons.

"Our No. 1 seller is a burger called Fallbrook Burger," Trupiano said. "Applewood bacon and local avocados, we do garlic aioli, a pepper jack cheese. It's a great burger, and people love that it's local avocados."

Their second bestseller is their Fugetaboutit Pizza, which is fennel sausage, San Marzano tomato sauce, mozzarella and fresh basil.

Since COVID-19 and the inability to have indoor dining, Trupiano opened up a second patio at 127 West.

"One was always reserved for private events, so now what I did was I took half my furniture from my primary patio, moved it over to my secondary patio and now I have two ginormous patios so there's never an issue with social distancing," Trupiano said. "I'm very fortunate to be able to have that much space to offer patio dining to so many, which has been a huge blessing."

At his other restaurant, he built a new patio outside the restaurant to comply with guidelines, and having an outdoor patio has been a first for Trupiano's Italian Bistro. 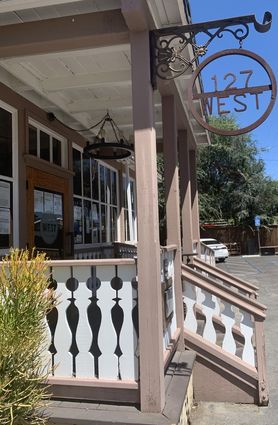 127 West Social House is a place for people to have a good time, relax and be social.

Everything is made from scratch at both restaurants.

"I feel like both restaurants have kind of become staples in Fallbrook," Trupiano said.

"I feel like as a whole Fallbrook is changing," he said. "It used to be just people from Fallbrook ate in Fallbrook, but now with the different restaurants and stuff that we're opening, we're seeing a lot of out of towners coming to Fallbrook just to kind of give us a shot, which I think is really neat."

To find out more, visit 127 West Social House at https://127-west.com/, and Trupiano's Italian Bistro at https://trupianorestaurantgroup.com/.