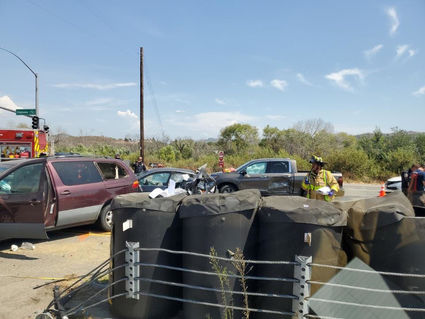 Two people were taken by ambulance to Palomar Medical Center with serious injuries, Choi said, and an additional three were taken to local hospitals with less severe injuries.

North County Fire said on Twitter around 2:15 p.m. that traffic was impacted, and advised motorists to use an alternate route.