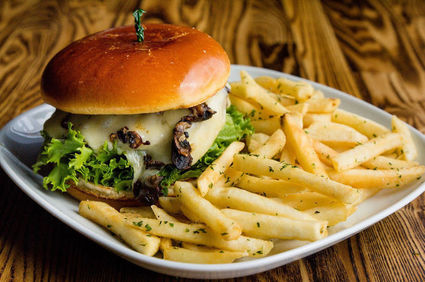 If you're looking for a casual, fun place to enjoy sports and good food, you've come to the right place.

Owner Scott Little first purchased the Fallbrook business in July 2017 and had intended to keep it open from the start, but after realizing it needed work done, it closed. They reopened their doors four weeks later.

"I just decided after I retired, I got bored and so I said I'll just do it on my own," Little said. "Then whatever happens I can only blame myself for it and I don't have to answer to anybody. It was the right time for me to get back out and do something again."

Little named the place after his father, Harry, who died in July 2017 of cancer.

"My whole concept from day one was going to be to make it a sports bar, and a lot of that's just selfish because that's a big part of my life," Little said. "I played pretty much every sport as a kid, baseball a little while into college as well but I'm a huge football and baseball fan.

"I'm originally from Orange County, from Huntington Beach and so I'm a big L.A. fan, a Dodgers fan, a Lakers fan, Kings fan, and I'm still a Rams fan when it comes to football unfortunately," he said.

The menu at Harry's Sports Bar and Grill for the most part stays consistent.

"We've had to make some minor exceptions to make it more appealing to get people out here to want to come and sit out back, because we can't do inside dining right now. Nobody can," Little said. "So, we try to do some things, provide some smaller plates that they can purchase but for the most part we stick with our same menu."

While they're a sports bar, Little said that most people find the food is better than what you'd expect from a traditional sports bar.

"I tell everyone we're never going to be a five-star restaurant with a bunch of televisions, but we're going to be a sports bar that's got good food," Little said. "We're not just going to be the greasy, fried stuff that you're accustomed to at a sports bar, so it's worked out well." 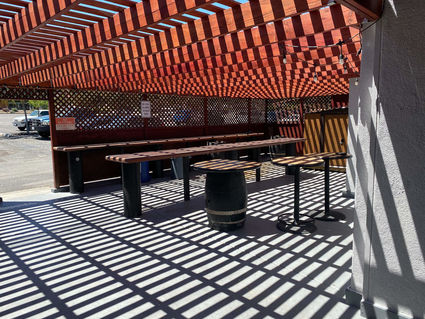 Harry's Sports Bar and Grill is currently only providing outdoor dining or takeout due to current government restrictions.

They're currently doing outdoor dining and takeout, while also participating in the weekly shutdown of Fallbrook's Main Avenue from 3 p.m. to 9 p.m., to allow for restaurants and businesses to move out onto the street during those areas to attract business.

"It's a very fun place to come and enjoy a meal, and any sporting event you want to watch for the most part it's going to be on," Little said.

They also have 20 different beers to choose from on tap, along with a full extensive menu, wine list and more.

"We're just down-to-earth, simple," Little said. "You come in and there's a buzz in the air, people hear it."