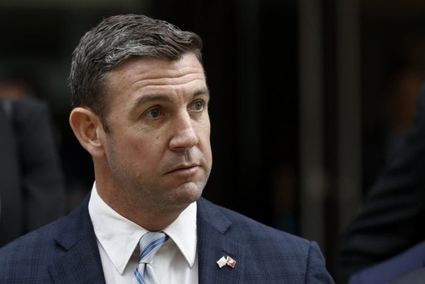 The former congressman's wife, who also acted as his campaign manager during much of the time the pair improperly spent campaign funds on personal expenditures, pleaded guilty to a conspiracy charge more than a year ago.