By The Epoch Times 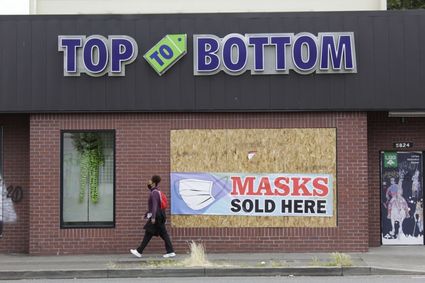 A pedestrian walks past a business damaged during recent riots, in Portland, Ore., on July 1, 2020. (Gillian Flaccus/AP Photo)

Businesses are shifting operations from downtown Portland, Oregon, or scuttling plans to open stores there because of the near-nightly rioting and protests that have gone on since May 28.

Portions of the city are boarded up. Rioters, who often gather around 9 p.m. and don't disperse until early the next morning, had caused tens of millions of dollars of damage or lost business by early July.

While many Standard Insurance employees have been working from home since March because of restrictions related to the CCP (Chinese Communist Party) virus pandemic, some continued to work from its dow...