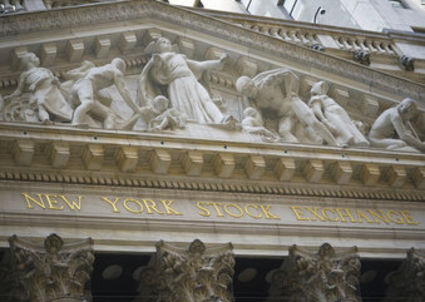 NEW YORK (AP) — The S&P 500 ticked further into record territory on Thursday after the Federal Reserve made a major overhaul to its strategy, one that could keep interest rates low for longer.

The benchmark index rose 0.2%, to another all-time high, but it veered through a jumbled day of trading to get there. Prices for stocks, bonds and gold all made several U-turns after Fed Chair Jerome Powell gave a highly anticipated speech. In it, he essentially said the Fed may continue efforts to prop up the economy even if inflation rises above its target level of 2%, as long as it had been weak before then.

The change in the Fed's strategy is a huge deal for markets. The central bank has been the superhero repeatedly rescuing them from crises through the years, by slashing short-term interest rates and buying all kinds of bonds. The momentous announcement was widely expected on Wall Street, if not on Thursday then later this year, but trading was nevertheless erratic following it.

The benchmark S&P 500 gained 5.82 points to 3,484.55 to set a closing record for the fifth straight day. It's surged nearly 56% since late March after the immense support of the Fed helped halt its earlier free-fall and erase its pandemic losses. Low rates often act like steroids for stocks, allowing their prices to rise faster than corporate profits.

Treasury yields fell immediately after Powell began talking, but then started bouncing up and down. The yield of the 10-year Treasury was at 0.74% after stocks stopped trading on Wall Street, up from 0.68% late Wednesday. The 30-year yield climbed to 1.50% from 1.41%.

Shorter-term Treasury yields were more subdued, and the two-year yield held at 0.14%. The widening gap between short- and longer-term yields could be an indication of higher expectations for the economy or inflation among investors.

Gold for delivery in December fell $19.90 to settle at $1,932.60 per ounce. Earlier, it had leaped to $1,968.80 after Powell began talking. Lower Treasury yields can drive demand for gold from investors seeking safety but not interested in the lower interest payments coming from bonds.

Earlier in the morning, a report showed the pace of layoffs sweeping the country remains incredibly high but may be slowing. A little more than 1 million U.S. workers applied for unemployment benefits last week, which was a dip from the slightly more than 1.1 million the prior week.

"It puts a spotlight on the heavy lifting the economy is going to need to get people back in the jobs market," said Marvin Loh, senior global macro strategist at State Street.

He said investors are still banking on Congress delivering another round of aid for the economy, which could include benefits for unemployed workers. Much of Congress' last round of stimulus has expired, and investors say a renewal is critical, though partisan disagreements have prevented a deal.

"It's a necessary result that has to come out of Washington sooner rather than later," Loh said.

In another report, the government also said that the economy looks like it shrank at an annual rate of 31.7% in the spring quarter. That would be the sharpest quarterly drop on record, but it's not as bad as the Commerce Department's earlier estimate of 32.9%.

Abbott Laboratories jumped 7.8% for one of the biggest gains in the S&P 500 after federal regulators gave emergency use authorization for its COVID-19 test, which can provide results in 15 minutes and will cost only $5.

Stocks of companies that sorely need people feeling comfortable enough with the pandemic to get back to "normal" life were also strong. Live Nation Entertainment rose 8.8%, Norwegian Cruise Line was up 5.9% and United Airlines rallied 5.8%.

Financial stocks had the biggest gain among the 11 sectors that make up the S&P 500, up 1.7%. A higher 10-year Treasury yield allows for higher rates on mortgages and other loans, which boosts profits for banks. JPMorgan Chase gained 3.3%, and Wells Fargo rose 2.3%.

Counterbalancing those gains were losses for some big tech and internet companies, which gave back some of their slingshot, earlier gains. Apple slipped 1.2%. It's coming off four straight weeks where it rocketed up by 3% to 14.7%.