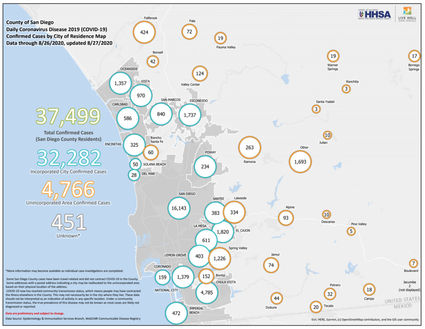 Locally, 42 cases have been reported in Bonsall, 72 in Pala, and 424 in Fallbrook. Pala and Fallbrook added one new case since the day before.