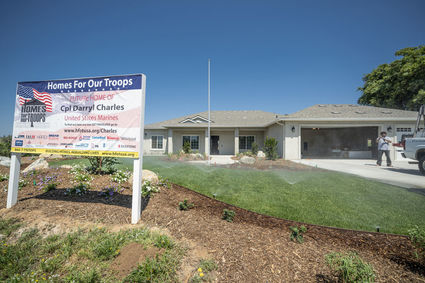 The key ceremony for the latest Fallbrook home built for Homes For Our Troops by Youngren Construction can be viewed on Zoom, Sept. 19.

FALLBROOK – Residents can join a Zoom session with Homes For Our Troops Saturday, Sept. 19, at 10 a.m. with a 9:45 a.m. registration at http://www.hfotusa.org/charles when medically retired Marine Cpl. Darryl Charles and his family will be presented the keys to their mortgage-free, specially adapted, custom home.

Charles, an amputee, was injured in his second deployment to Afghanistan in 2011 and until now had to navigate many barriers in nonadapted residences.

His new home in Fallbrook was donated by Homes For Our Troops, a nonprofit that builds and donates specially adapted homes nationwide for severely injured post-9/11 veterans. It was constructed by Fallbrook-based Youngren Construction, a 28-year residential and commercial general contractor that has built 27 HFOT homes since 2010.

Crediting his company's team for commitment to detail, Youngren owner Scott Youngren said, "Despite the pandemic, we were able to complete a good, solid build on time. The process went without a hitch."

Project supervisor Andy Husovsky and office manager Sue Davis have worked on all Youngren-HFOT projects. Both said a major highlight is being able to interact with veterans. Many of the veterans are first-time homeowners of their Americans with Disabilities Act-compliant homes, which also feature specific adaptations to meet individual needs. 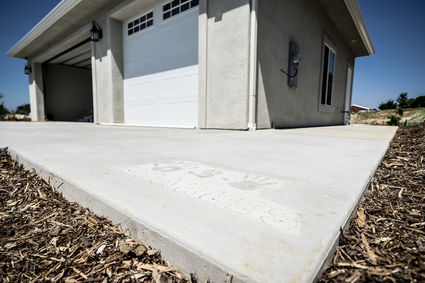 The cement outside the garage of Marine Corporal Darryl Charles' new home holds the handprints of his family.

Husovsky said, "Volunteer Landscape Day is always exciting. It is rewarding to see so many community volunteers come together to install sod and mulch. Often, past HFOT recipients pay it forward by joining in to help the new homeowner."

Davis said, "I have great admiration for each family. They've been through so much. They're excited to select options such as tile and flooring. They are so grateful to HFOT. We are grateful for their service and sacrifice."

The family placed their handprints in the concrete at their new home, recently.

Smiling while looking at his handprint and those of his wife Desiree and son Kingsley, Charles said, "This home will enable me to properly take care of my family and better provide for them, now and in the future."