The show must go on, virtually 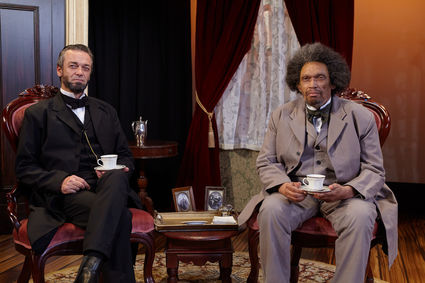 North Coast Repertory is reimaging theater. Its season opener, "Necessary Sacrifices" by playwright Richard Hellesen, can be seen from the comfort of your living room.

Originally commissioned by the Ford Theater in Washington, Hellesen expanded on the original vision by including one of Abraham Lincoln's visitors to the White House.

It was the first visit from Frederick Douglass, and amazingly as it sounds now, Douglass just walked in and asked to see Lincoln.

His second visit a year later was by invitation from the president.