By Matthew Lee
The Associated Press

US officials: Israel, UAE to sign deal at White House 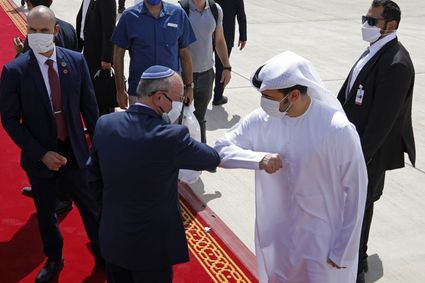 The officials said senior delegations from both countries will likely be led by Israeli Prime Minister Benjamin Netanyahu and Emirati Foreign Minister Sheikh Abdullah bin Zayed Al Nahyan, the brother of the UAE crown prince. The officials, who were not authorized to discuss the matter publicly and spoke on condition of anonymity, said the ceremony would either be on the South Lawn, the Rose Garden or inside depending on weather....