By Marcio Jose Sanchez and Christopher Weber
The Associated Press 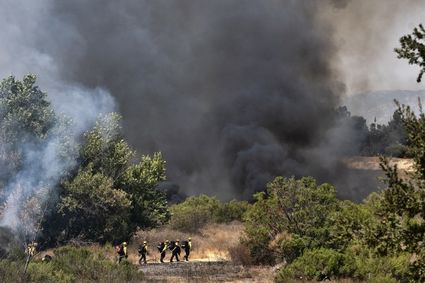 Rescuers in military helicopters airlifted 207 people to safety over the weekend after an explosive wildfire trapped them in a popular camping area in California's Sierra National Forest, one of dozens of fires burning amid record-breaking temperatures that strained the state's electrical grid and for a time threatened power outages for millions.

The California Office of Emergency Services said Black Hawk and Chinook helicopters were used for the rescues that began late Saturday, Sept. 5, and continued into Sunday morning at Mammoth Pool Reservoir. At least two people were severely injured...